This page will be about starting off and learning how to use the pieces to their best abilities.

Chess is a game that involves alot of thinking and playing it can really help your brain.
It may be difficult to understand at first but eventually you will get to understand it.
The object of the game is to attack the king in a way so that he cannot move without being captured.
In chess, white always moves first.

Pawns can move one square forward however on it's first move when it can move two squares forward if you want.
Even though they move forward, pawns can only attack diagonally. 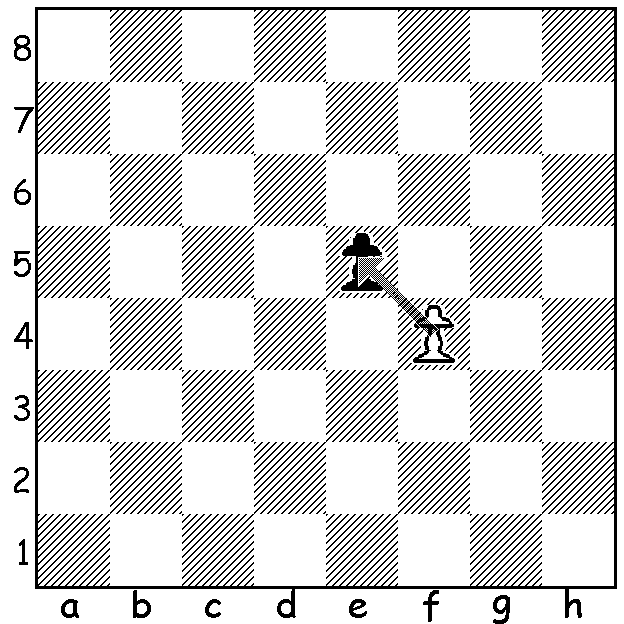 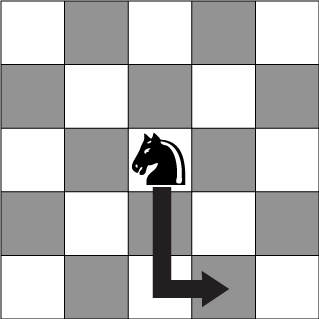 The way the knight moves makes it very useful in the opening.

Bishops are quite useful pieces especially in the endgame. Bishops can move diagonally anywhere on the board.
The downside to bishops is that they can't change from white to black square. 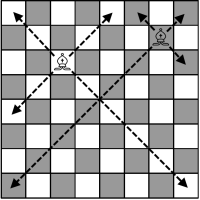 Rooks, also known as castles, are powerful pieces.
They can move forwards, backwards or sideways as many squares as you like. 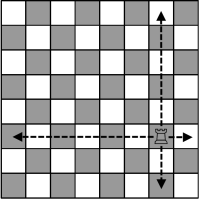 Queens are very powerful pieces. They combine the moves of the rook and bishop and move diagonally and straight. 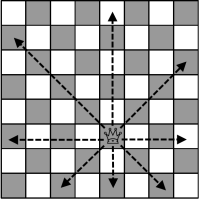 The way the queen moves makes it very valuable and you really don't want to loose it.
For that reason is recommended that you don't move it past the third rank in the opening. 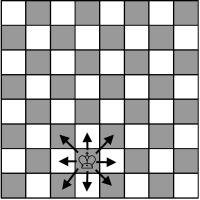 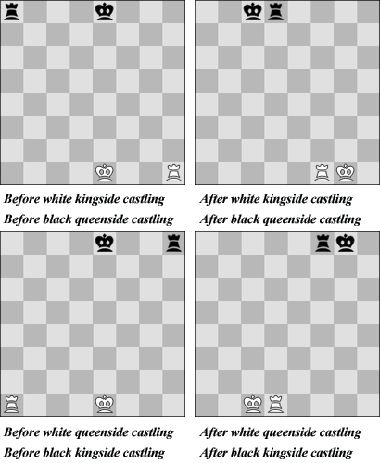 You can't castle out of check, through check or into check.

Promotion happens when a pawn reaches the top of the board. The pawn then turns into a queen, rook, bishop or a knight. The piece stays on the square the pawn got promoted on.

If you don't have a queen avalible to use but you want to promote the pawn to one, you can just turn a rook upside down.

You can also use two pawns on the same square as any of the pieces if you don't have them.